BAND BIOGRAPHY AND HISTORY OF CRAWDADDY          In the "More About Us" section John has added a band biography and an article on the history of the word itself, the songs about it and the historic British Crawdaddy Club. These are the first two of three articles .... more to follow on the British Blues Scene.......

A couple of personnel changes and more than 30 years on they are still true to the old    British R and B sound, either as a straight Blues band  or with their "party set " which  mixes blues and R and  B standards with pop covers of the bands that all started in the  clubs. Bands like the early Rolling Stones,  Yardbirds, Kinks, Animals, Them, Spencer  Davis, mid 60's Blues Boom sounds like Fleetwood Mac, Jon Mayall and Eric Clapton,        and also  just a taste of the late 60's Blues Rock of Cream, Free and Led Zeppelin ...

This website has been written and updated on a Laptop and though every effort has been made to check it and make it readable on other devices it has proven impossible to make a "fit all" version for laptops, phones, Kindles, ipads and other tablets so please accept our apologies if on smaller screens formatting and even words are split incorrectly.... it's a never-ending circle.. get one device right and another seems to go wrong!

This site is constantly changing and having new content added  ... any queries or comments are welcome - see contact page 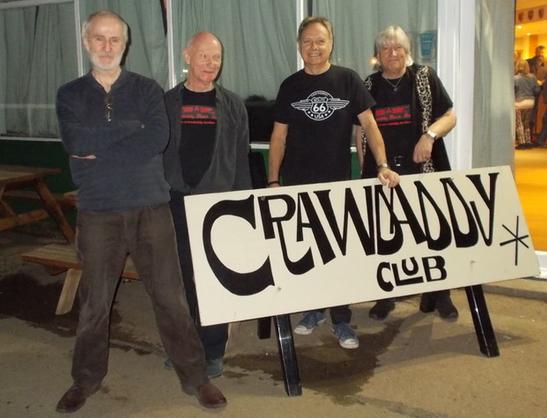 Some pictures from our previous gigs

British R and B Club 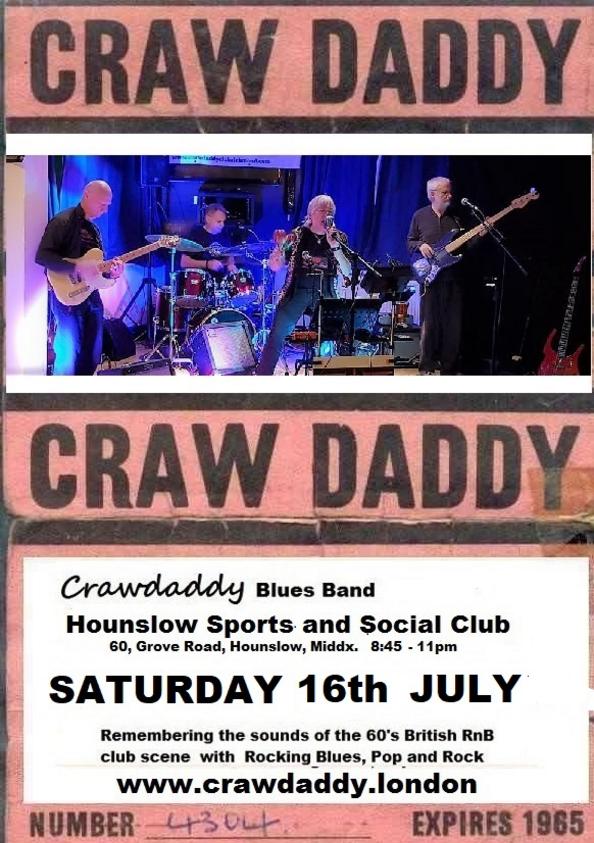 John writes:  Well, happy to say that on this Saturday 16th July we go again after the very sad Ukraine Benefit festival cancellation by the Crawdaddy Club last week and Crawdaddy Blues Band return to Hounslow Sports And Social Club, please do join us! £3 on door for non-members (press the buzzer) but club bar prices soon save you more ..... Tony and Mick are both fully recovered and Covid free and raring to go, and all our Crawdaddy friends are welcome to this friendly (air conditioned!) club just behind the Treaty Centre.